December is upon us but I’m not at all ready for the snow and cold, I’m wishing we could skip it, as well as the holiday madness. But it’s the last month of 2016 so it better be the best one for it’s our last shot. Since one of my goals for this year was to finish Fated to Darkness — and NaNo still didn’t finish it — I’m hoping to finish it this final month. Which means I’m going to continue to share from it this month as motivation.

Happy Holidays, folks! There’s lots of those going on right now so to whatever you celebrate, may it be full of wishes and good fortune.

This week’s snippet picks up just a paragraph or so after last week’s snippet. I just skipped the redundant threatening of Ciara to the girl when she back talked to her.

Now for the fourth peek at Chapter 8: Shifting Fear…

While the girl’s terror had definitely returned from the strike, after a moment she picked her head back up to look at Heather’s stunned and blank expression that conveyed so many emotions it was hard to tell where one started and another ended. It was all jumbled among her pale features and haunted eyes.

Ciara glared at the girl, and Heather looked into the girl’s eyes. She could see the pain and terror that laid within them, but there was nothing she could do to help this poor girl. She was weak against Ciara, she was but a child. Unsure of what she was doing, she slowly nodded.

“You need to run. Get far away from her.”

“How old are you?” The girl was simply ignoring the Dark One now, her attention only focused on Heather.

“Do not answer her, Heir. We do not speak to prisoners.”

Heather wasn’t listening though, drawn to the girl who was being kind to her at the moment, even though she was surrounded by the face of darkness, pain, and death. Sure, she had fear in her eyes and she seemed a bit wary of Heather as well, but she genuinely seemed like she was sorry Heather was stuck with Ciara. As if she too had seen the fates of the other Heirs and knew poor Heather might end up like one of them: dead.

“How old are you?” she asked gently again, albeit softly.

“F-Four,” she answered quietly after a moments pause.

The girl looked like her heart had just broken to hear how young she was. “What’s your name?”

She let out a cry as Ciara struck her across the face, stopping her reply. Tears welled in her eyes and she whimpered as she hesitantly glanced upwards to see her mentor looming over her and leering with a curled lip.

Ciara certainly does not like to be ignored, or disobeyed. This could get ugly from here. 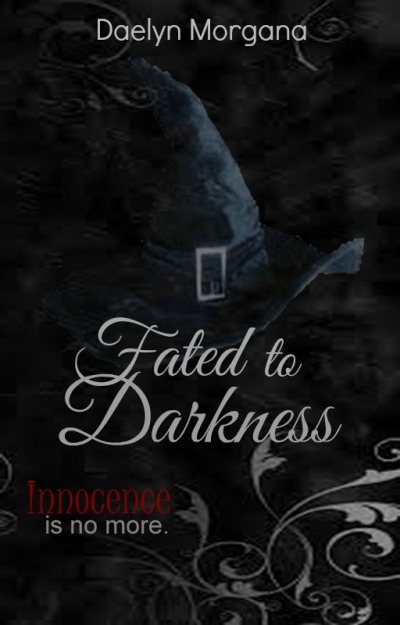 Blurb:
Three year old Heather Fraeis is like every other normal toddler. With a loving family, a family dog, and a little bit spoiled.

But fate can be a twisted and cruel friend.

Kidnapped on the night of her fourth birthday by a woman clad in black, Heather is whisked away to a realm that has never been known to exist. Forced into a life she doesn’t want as her kidnapper’s Heir, she comes to find that monsters do in fact exist, nightmares are more than bad dreams, and magic is more than just the thing of fairy tales.

Lies, fear, secrets, and pain await her around every corner. Swallowed whole by the dark path laid out before her, she is forced to fall with no light at the end of the tunnel to give her hope. Until she meets a young boy that may change everything once more for her…

Can Heather defy all the odds and overcome who is she forced to become? Or will it be too late for her to rise above the fate laid before her?

However! If you wish to read anything else that I have out for free, you can hop on over to  my profile on Wattpad and check out what I have to offer. Or if you wish to read my debut release, Embermyst, you can find out more about that in the tabs above. (I’m working on the tabs, bare with me.) I love to hear any and all feedback on my work as well. Comments are greatly appreciated, as are the reads. You can also find me on my Facebook author page to keep up to date with all that’s going on in my writing.